Gomselmach was the first to greet us in the city on Sozh. The giant of agricultural engineering doesn’t avoid industrial tourism, even with its busy production routine. Obviously, by selling just a couple of the advanced, complex and extremely expensive units fresh from the assembly line the plant gets so much revenue as tourism is able to provide only in several years. Nevertheless, tourism isn’t neglected there, and the website is clear on that, welcoming guests in several languages – English, Spanish, Chinese. The language choice is based on the regions that are mostly invested into the plant’s produce. Maybe, the travelers, curious about the origin of the harvesters that work at their fields and plantations, will soon follow the customers.

The plant has its own substantial museum which protects and cares for all the showpieces that the plant gathered through its rich history. The production in Gomel was started in 1930 from simple seeding machines and threshing mills. And in 1984 Gomselmach became the world’s number one in production levels for self-propelled forage harvesters. 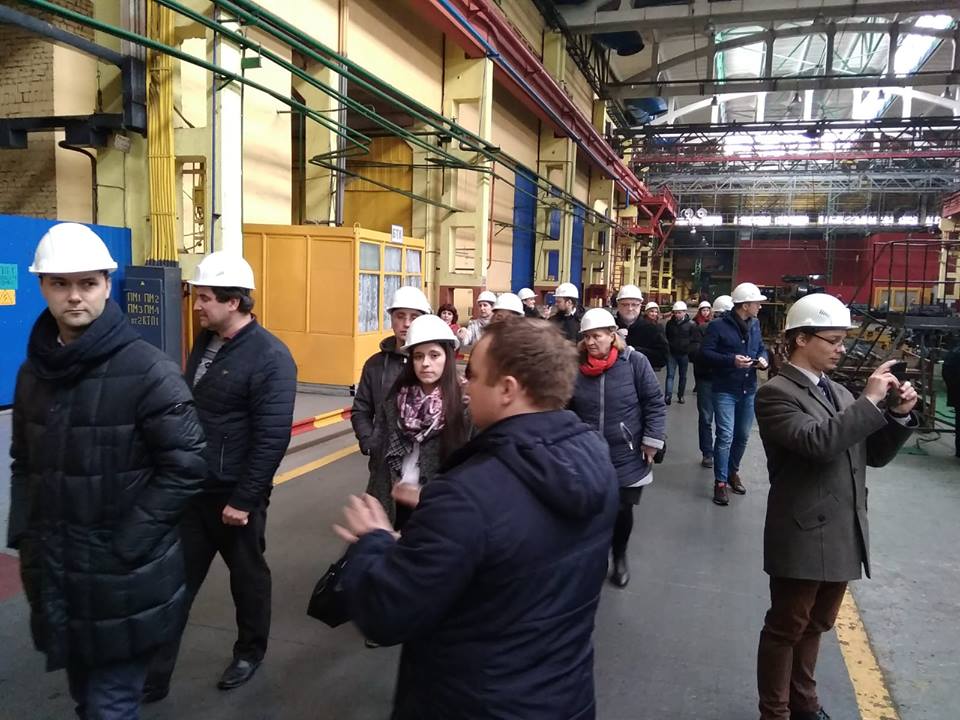 With solid engineering school and inventive traditions, Gomel engineers stepped up to develop their own harvester-thresher at the time of Belarusian sovereignty. The top-to-bottom original model was constructed and build from ground zero. And the first attempt was quite successful, pushing Belarusian newcomer to the levels of world-class John Deeres and Claases. In the museum, it is allowed to listen, to watch the assembly line, to touch the showpieces and even to climb the machines. Gomel serves as a lively example of brave development of a new advanced production.

Growth of a tiny tourist stream is a new direction of plant's economy.

The visitors are more interested in external effects, such as rumbling conveyor, pretty line of existing and future models. However, many also want to learn the story of conquering and holding their share of the market.

“We are staying strong due to the balance in a famous formula of price vs quality. We’re very precise in guarantees in maintenance and repair service”, said Alexander Konopatsky, Deputy CEO. “If needed, the required detail must be delivered within 24 hours, wherever the client might be. If it’s somewhere close, we’ll deliver it, if it’s across the world, we’ll send the plane”.

The plant first developed and implemented an original forming technique that allowed to significantly increase productivity and durability. This Gomel technology was immediately patented in the USA, Canada, the UK, France, Belgium and Switzerland. The energy-packed farming unit that runs on gas was also from the fantasy land a while ago, and now such drive is a reality. World’s first gas-driven harvester thresher has passed the observed tests and is soon to be launched in production in Gomel. Its prototype is on the ready-line, and tourists will be the first to test it.

Gomselmach engineers are working on the unit that would be able to harvest and thresh all on its own using the navigational system. The AI-driven harvester still needs human’s help at turns, but soon the developers are hoping to solve this puzzle as well.

Who would say that there’s nothing to see at Gomselmach after that? And that’s not mentioning the fact that the guests could get a ride on a harvester. 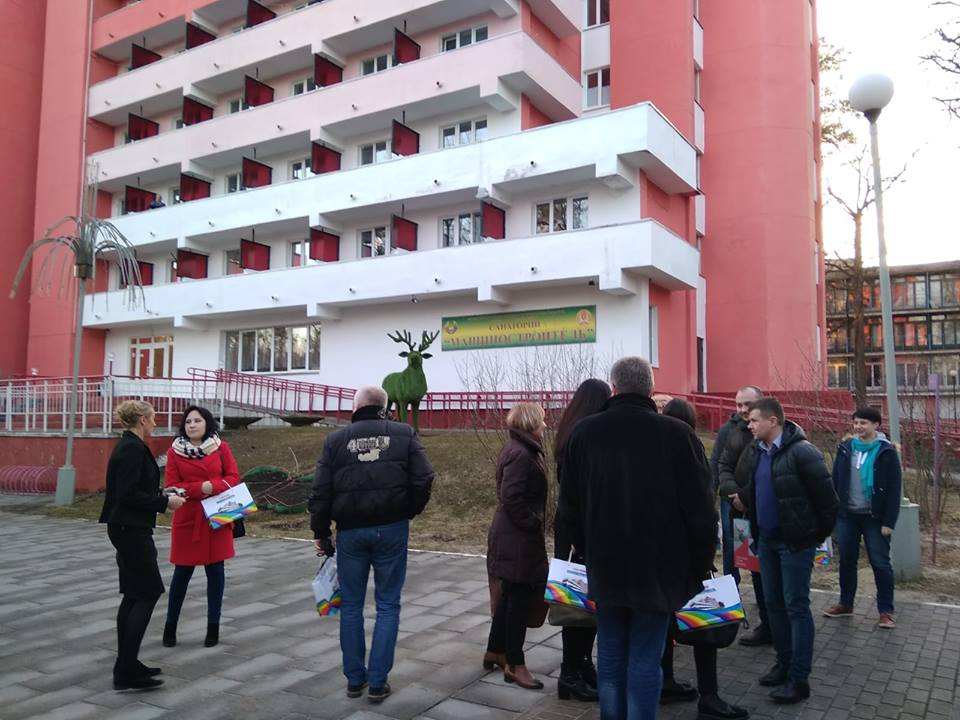 In addition, the plant has a great sanatorium at the bank of the Sozh river, with a loud name of “Machinostroitel” (Russian for “machine builder”). It’s always eager to welcome the tourists, to help them rest and improve their health. The sanatorium owns high-quality up-to-date medical equipment. And the nature there is also breathtaking. Plenty of visitors come there, around half of them are from Russia.

Participants of the seminar agreed unanimously that Gomselmach has bright future in tourism.

“We hope that the plant will also see the potential of this new direction for our activities”, said Andrey Molchan, Head of the Department of Tourism of the Ministry of Sports and Tourism. “It will result in additional profits and great free advertising”.