Main
National tourism agency blog
Unusual castle in Rossony, or «a house with a hundred windows»

Unusual castle in Rossony, or «a house with a hundred windows»

The building of the Center for extracurricular activities located in Rossony can be called a real castle. At the moment, it is on the list of real estate objects offered free of charge for the implementation of an investment project. And the history of this place is the reason for that.

The end of the 19th century... The landowner Stanislav Glazko (there is also a variant «Glasko») decided to get married, but the bride set a categorical condition: her groom's house (and, accordingly, her future home) should be the same as her father's. Despite the challenging request and lack of funds for such construction, the condition was met: a four-storied neo-Gothic building, reminiscent of both a knight's castle and a palace, was built by the architect Edmund Frick, with the money for the project, the young landowner was lucky to win in a Warsaw casino. The interior decoration of the estate corresponded in style to the exterior one: numerous rooms, corridors and halls, which were almost always flooded with light due to the large number of windows. That is why the locals called it “the house with a hundred windows».

This is how historians of that time described the estate: «The fabulously beautiful castle is raised on a strong foundation. The monumental structure attracts attention with its rich color solution, which combines the polychrome masonry of the basement, the red color of the high-quality brickwork of the facade and the light gray color of the surrounding decorative elements. In order to diversify the monotype of the dark tone of the walls, some elements are made of sandstone. In accordance with the plan, the spatial composition of the castle gains an active, dynamic and asymmetrical interpretation with an extraordinary novelty of rhythms, tiers and a stepped increase in volumes along the diagonal: the southern part is one-storied, the central part is two-storied, the northern one is a three-storied tower with a hipped roof and a chapel...».

It may be just another beautiful legend, or perhaps it is the true story of the creation of a manor-castle in today's Rossony. In any case, after the revolution, Glazko and his family left, first for Polotsk, and then for Germany, and «Stanislavov's estate» served different purposes and nothing remained of the original interior decoration. So, after the 1917 revolution, power structures (police, NKVD) were located here; During the Great Patriotic War it was a prison, immediately after the war the building was used as a health care institution, then there was a district executive committee. In the 1980s, this place became a nursing home, a few years later – a district department of public education, and then a children's tourist base. Since 1989, the House of Pioneers was located in this building, renamed in 1990 into the Yokth Center, then in 2003 - into the Center for Extracurricular Activities and in 2012 – into the Center for Children and Youth.

The Ascension Church of 1879 is another interesting site preserved to our time, it is located not far from the estate. They say that there used to be a beautiful large park and an orchard here. Now behind the estate there is only a lake with a little island. However, despite such an eventful history and the loss of some facilities, this place’s one-time charm was preserved and to this day it attracts tourists. 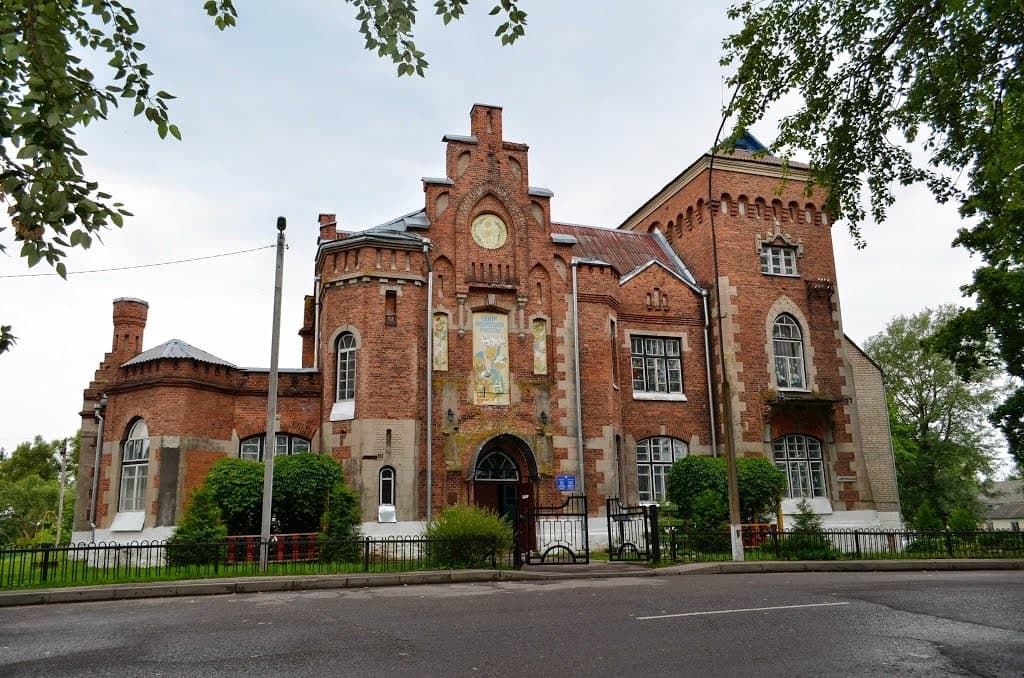