Many tourists (as well as city dwellers themselves) are very fond of observation decks. To observe a city from a bird's-eye view is a special pleasure, which is difficult to deny yourself. This is especially true for Belarusian oblast centers. They are developed from an urban point of view, but they also retain a lot of greenery, such as beautiful and large parks that make the landscape even more interesting.

Even taking into account the fact that this is a fairly popular entertainment, there are not so many places in Vitebsk where one can see the city from a height. To be more precise, so far there is one equipped place that you can visit. But there is no need to be upset: although there is only one observation deck, it is both very conveniently located (in the city center) and the views that open up are perfect. Also some prospects are opening up for Vitebsk – perhaps in a few years it will have its own modern Ferris wheel. But first things first.

The City Hall is located in the historical city center, which means that there are a lot of old, very beautiful architectural monuments around, and the views themselves are pleasing to the eye. In this regard the observation deck differs favorably — one does not have to look at typical buildings, which are not of interest to everyone.

There is an important feature! There are no tall glass screens or man-sized fence on this observation deck. The protective elements are quite low, and the observation deck itself is narrow. If you have problems with coordination or do not feel well, you must not go up to the Town Hall under any circumstances. Also, one should not do this after drinking even a small amount of alcohol. Due to the low fence, children are also not allowed to go up – it will not be possible for the whole family to visit this observation deck. 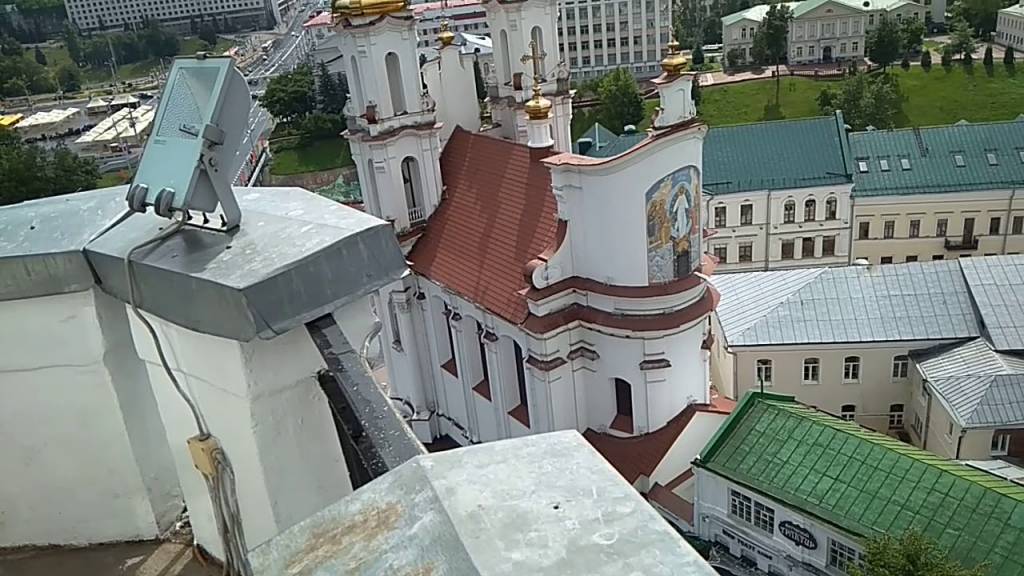 Since security measures are very strict, visitors can only go up to the observation deck with an escort – this cannot be done at any time and alone. But on the bright side, excursions are conducted every hour (at the top of the hour a new group goes up), so it is easy to adapt to these rules – especially if you are already walking around the city center.

Being on the observation deck already, do not waste time: listen to the tour guide and look around actively. From this point, you can observe almost the entire city and see the main attractions and just interesting places, such as:

Even the city's fountains and some sculptures are visible. As the city has gradually been revived (now many historical buildings are being actively restored), the views are really beautiful. Be sure to bring along a camera or a phone with a good camera – you will definitely want to take some spectacular pictures. And in this regard the absence of a high glass barrier will come in handy as nothing will spoil the picture and blur the shot.

Ferris wheel: waiting for a new opportunity to view Vitebsk from a height

The city has been trying to build a Ferris wheel for several years, but something always stands in the way, so for now the townspeople can`t but wait. The last attempt to launch the project was made in the autumn of 2020, but for objective reasons, the results of the auction for the right to install the Ferris wheel were canceled. The attraction was planned to be built on the Alley of Military Glory – near Victory Square. 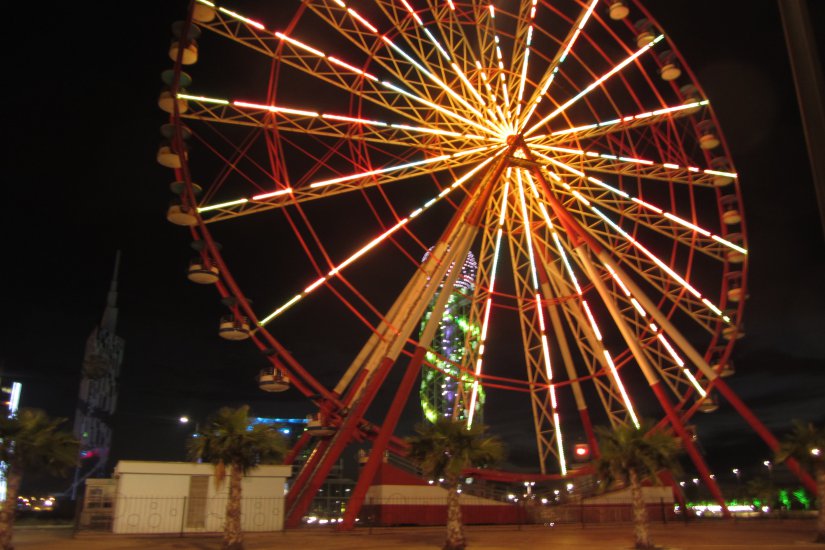 As representatives of the city executive committee noted, another failure does not cancel the project – the city authorities still want to install the Ferris wheel and are looking for opportunities to do it. As for us, let`s hope that soon it will be possible – and then the city residents and tourists will have another opportunity to admire Vitebsk from a height.