Today by official estimates there are over 2300 farmsteads, and this industry continues to grow and add new entities. Even when someone leaves the market, this place is taken almost immediately by new owners. And even though farmsteads don’t accept as many tourists as hotels, recreation camps, sanatoriums or other means of accommodation, they are the ones that shape the image of the entire country. For the last two years Belarus has been distinguished as one of the best destinations for farm tourism according to the rating of National Geographic. 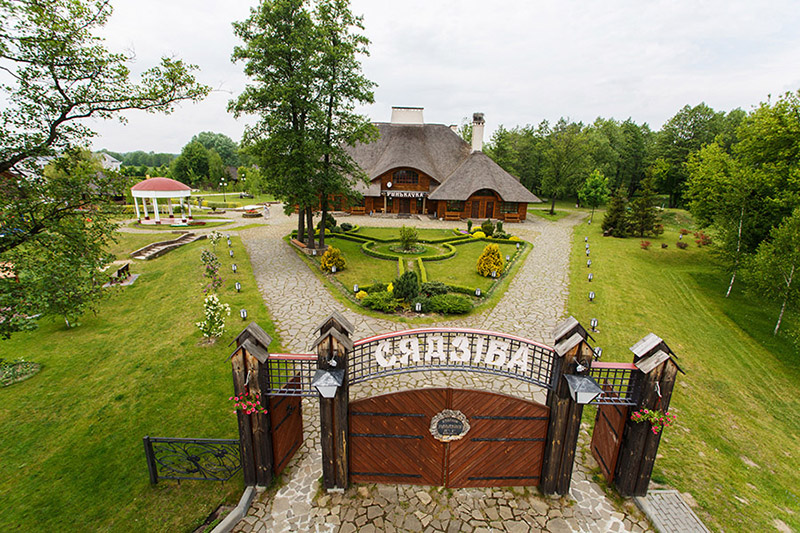 What was, what is…

Let’s not forget that Belarusian villages have started accepting guests rather recently. In 2002 farm tourist couldn’t even find a place to stay for a night, especially with a proper bathroom. Once the infrastructure began to develop, another issue has arisen – what would a tourist do in a village? But this issue was resolved as well, since farm owners were supported by local authorities and cultural professionals. Farm tourism led to the villages to gain a second breath, folk bands to find listeners, crafts to become popular again and local pupils to gain interest in the own, local traditions. For example, pupils from Zelva district collected some ancient recipes which later were published, and today tourists can taste those dished in local restaurants.

The farm owners themselves took matters into their own hands and dived into development of a wide variety of touristic products. Today they are certain in saying: “We don’t sell beds and food, we sell impressions”. Festivals, workshops, horseback riding, canoeing, creative museums, sporting events, quests, educational meet-ups – one could spend a lot of time enlisting all options for active tourism in villages.

Despite the fact that each host eagers to offer the visitors their own recipe for recreation, rural entrepreneurs are sharing their ideas with their colleagues. Moreover, they began joining into clusters in order to present a “superproduct” that would be far more attractive for the tourists. For example, the owner of the farm house in the Valozhyn district who teachers the guests to bake bread, would most definitely suggest to them to visit his neighbours for honey quests, horseback riding tours or culinary festivals. Such cooperation is beneficial both for the tourists who get rich in activities vacation with interesting routes, and for the entrepreneurs, whose numbers have significantly grown, that now can send their “extra” clients to their neighbours.

In addition, it’s easier to implement far more ambitious projects when working together. For example, the «Valozhynskiye gostintsy» consumers' cooperative is planning to launch the transborder route “Following the path of Vytautas” that would take all the way from Rakovo to Trakai Island Castle in Lithuania. This trip would allow for the travelers to explore the history of the Great Duchy of Lithuania.

Another idea that might soon become the reality in the Valozhyn distrit is the development of a so-called consumer basket which would offer the tourists a wide variety of products from the owners of the farmsteads, like bread, cheese, honey and meat.

Meanwhile, organic farming is one of the directions for further development of rural tourism in Belarus. Many owners realize that this is a way to attract new customer base and has already begun to buy land which they are planning to use for producing environmentally-friendly produce. In turn, farmers themselves are searching for new sources of income, so they started to host workshops and tours around their farms. For instance, the “DAK” farming enterprise is one of the favourites for people who go to see the goats and watch the process of making dairy products. Many guests enjoyed the “Kukupolis” – a quest in a corn maze.

During the research-and-training conference that was hosted by Belagroprombank and the Ministry of Sports and Tourism, Valeria Klitsounova, the chairperson of the Belarusian Association of Rural and Ecotourism “Country Escape” has noted that the owners of the farmsteads should focus on creativity and innovations together. In the future tourism will be based on impressions, this is what the people are willing to pay a lot of money for. And huge financial investments is not the solution for most rural entrepreneurs, the knowledge and creativity are far more important here. Quick development of rural tourism can be linked with the development of the IT industry. People today are moving less and less in general, since they can study, work, go shopping and get entertained without leaving the house. Tourism is the only cure for humanity and the only way to give modern people lively relations.

Green economy is also trendy these days, along with gender issues and so-called social responsibility. Those ideas are actively promoted in Europe. So, in order to create a product that would be interesting for foreigners, those things should be taken into account as well. So, Belarusian farm tourism quickly implemented those issues. For example, in Valozhyn district a new tourist route was launched specifically for the disabled people. Also, Belarusian farmsteads created the “Creative age” festival for elderly. However, it worth noting that many owners cooperated with the elderly before, in order to learn more about local folklore, crafts and recipes. Conference participants are certain that modern startups should include both the youth and the elderly and unite the energy of the young and the wisdom of the old generations.

The tourists spend almost 1/3 of their cash on food, and 20-30% of travelers are driven by the opportunities to taste real authentic products on sites of production. That’s why farmsteads should bet on cuisine. Unfortunately, most Belarusians are as unaware of our cuisine as the foreigners. The farmstead owners, however, are certain that we have a reason for pride and that our glorious days are ahead of us. Soon “Country Escape” is planning to promote authentic national recipes across the board. Students could help with data gathering and with the development of interactive gastronomic map. Another of the modern trends is exactly that – involving youth to rural business. Today those students of BSU International Relations department that are planning to get into rural tourism meet with the owners, get into their internships and try themselves at creating interesting projects that could be implemented in villages.

It would still take a lot of brainstorming to figure out which touristic product our village can provide to an “untraditional tourist”. Around 145 million Chinese travel around the world every year, and we could attract at least some of them. Last year Belarus was visited by around 3 thousand Chinese guests, and this year this number is expected to double. However, those visitors prefer the military-patriotic direction and so-called “red” tourism, so it’s up to us to find the way to attract the to the farmsteads.

In 2008 the “Best Farmstead of the Year” was launched and it’s been conducted annually since then. This time 46 applications, which included online presence, photos and videos, were sent by the owners. And the winner was the “Zapovedny ostrov” (“Sacred Island”) farmstead from the Sho village in Hlybokaye district of Viciebsk region.