Nigel Roberts: "Belarus is the best thing that ever happened to me"

More and more foreign tourists choose Belarus for recreation and travel. But what's it like, this land in the heart of Europe, what's Polesia is proud of and what do people dream about in Vitebsk, a cultural capital of our country?

Each of this questions is answered by Nigel Roberts from Great Britain. "This country is the best, Polesia is magical and enchanting and Vitebsk... Vitebsk probably wants to take a nap - there are so many cultural events there!" Mr Roberts is definitely well-versed in famous British humour.

In 2008 he took this love and wit to write his first English guide around Belarus. Three years later second edition was released. It was followed by third edition, and recently fourth edition, enlarged and expanded, was released.

All places, from railway stations to museums, from hotels to coffee shops, Nigel experience for himself. In 17 years he visited Belarus almost 40 times.

A lawyer in the past, a writer today. Before Nigel Roberts decided to abandon 30 years of legal practice for new experience - a path of an explorer and a writer, he had to go through a lot.

We met Mr. Roberts at the heart of Upper Town. In the place where history of Minsk began, he started to tell his long and thorough tale. 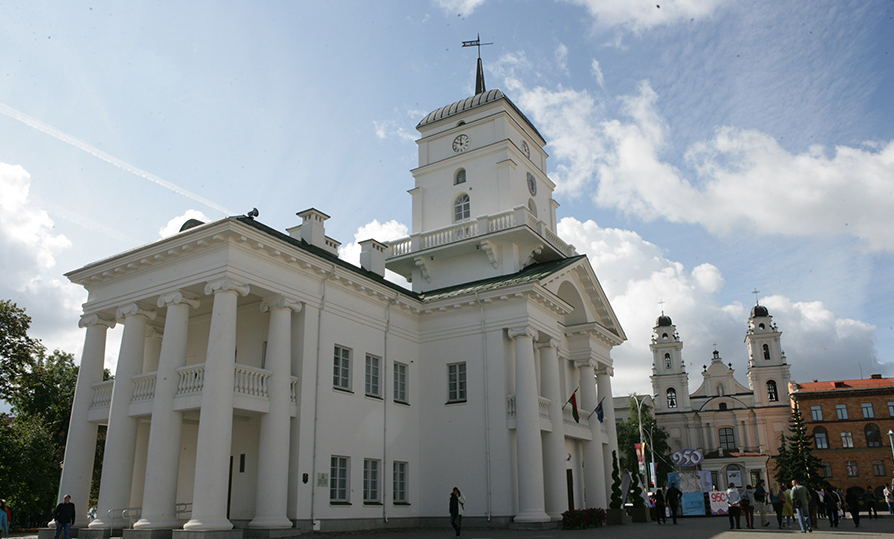 - So, imagine a British lawyer who visits Belarus for the first time. It was November 2001. I remember, it was snowing and terribly cold. Everyone wore big hats, similar to "ushankas", just like in Soviet Union.

I barely knew anything in Russian: "my pleasure", "my name is Nigel", "how are you?", "thank you very much". A minimal list of phrases for tourists. We left Minsk to visit the town of Vetka in Gomel region. And it seemed like I went back in time.

In those years Belarus made huge leap forward. So I have to change and expand my guide: every month there are new exciting places opening in Minsk.

When I first came here, I knew almost nothing about the country. There were no guides or websites in English, even the number of typical tourist reviews was scarce - due to expensive visas very few people came to Belarus. But look how quickly the tide has turned. Visa restrictions are softening, and Belarus becomes more attractive for tourists. Now citizens of 80 countries can spend up to 30 days in Belarus without a visa. 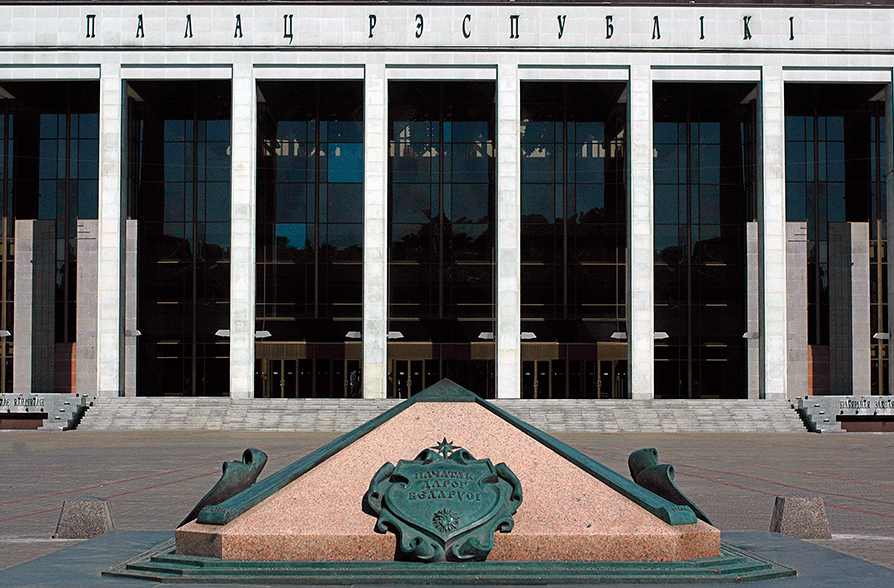 - A symbolic beginning of all Belarusian roads - a Point Zero. A popular tourist attraction on its own. By the way, here one can understand the uniqueness of your country. In the heart of Europe, a place from where it's easy to go either east or west, and by any means of transport: by car, by bus, by train or by route-taxi. I like route-taxis, by the way: for some reason, in them I feel like an ordinary Belarusian.

In those years country has changed significantly, and I experienced those changes myself. For example, before it took a 5-hour train ride to get from Minsk to Gomel. Now it's 3 hours - and you're at the railway station.

The entire Belarus reminds me of those trains. It used to be old and slow, and now they turned into comfortable and speedy ones. Belarus transformed from the country that was stuck in the past into a dynamic, lively and energetic one. 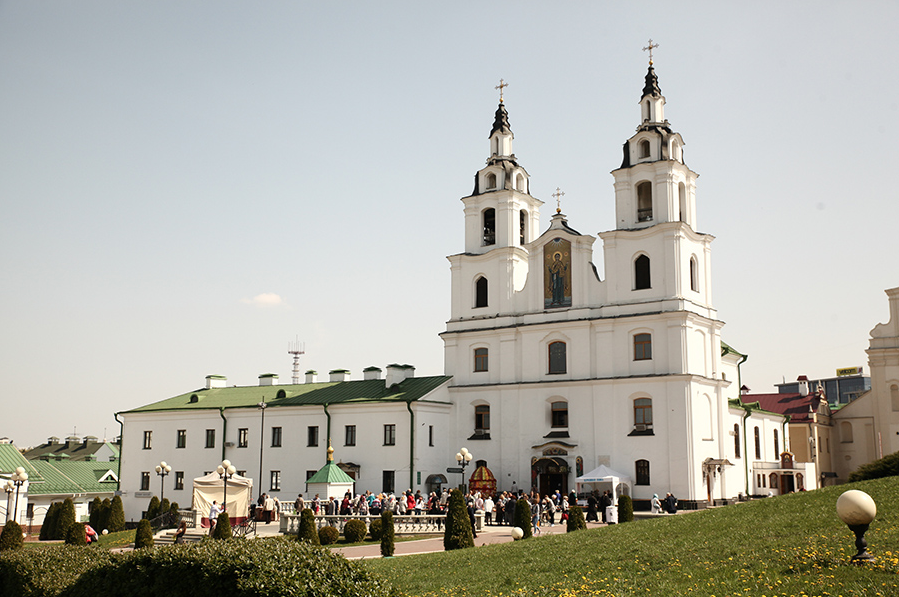 - I was tired of reading stereotypical articles about Belarus in English-speaking press, so I decided to write about Belarus myself. To tell about my own impressions and feelings. In my opinion, for a writer, especially a guide author, personal experience is the most vital asset, even though at the time I had neither book-writing, not tourist guide writing background. Twice or thrice I wanted to abandon it all - that's how hard and strange it was for me. But when my first guide was released, I felt joy and excitement.

I wanted by book to become a window through which the foreigners could look at Belarus. After all, there are so many historical, cultural, architectural monuments of different ages and nationalities on Belarusian soil. And yet at the same time Belarus is still free from western materialism and strives to preserve its authenticity.

During those years I discovered not only Minsk for myself first and then to my readers, but all the best about the regions: museums, full of rare artifacts, gorgeous Orthodox and Catholic churches, forests, lakes, rivers, marches. And every year I continue my exploration - resourses of Belarus are unlimited. 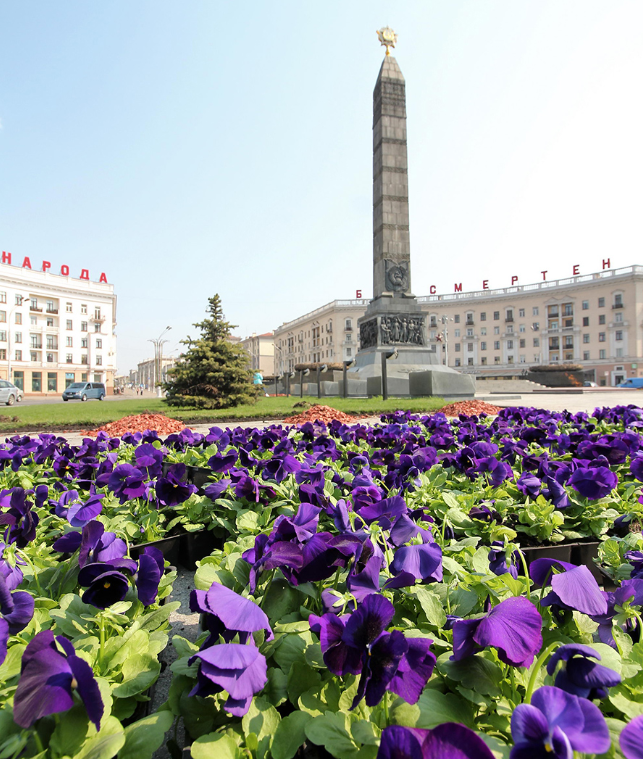 - My favourite pastime in Minsk is strolling around the city. I observe, listen, analyze. I have breakfast in some cafe in the city centre and then go for my slow and long walk. I love the blocks around the Victory Square (Plosca Pieramogi) and Traktorozavodskoy poselok. The most beautiful balconies of the city are here!

And Minsk doesn't have only a Soviet Empire of the central streets to offer. The parks are some of the best in all of Europe.

Although the real natural beauty hides outside Minsk. Braslav Lakes are unrivaled. Belarusian nature is a wonder. It's hard for me to explain what I saw and felt during my trip around Polesia. It's an enchanting place, and I think there's something magical going on there. And look at Vetka! You won't find a museum like the one of Old Belief and folk traditions anywhere in the world. I'm inspired by it every time I visit Gomel region.

- When I told my friends for the first time that I'm going to Belarus, they asked me: "Is this in Russia?". Others were surprised: "Isn't this Africa?" Their level of ignorance was colossal. Now they don't ask that, of course. Moreover, I hooked my entire family on Belarus. My sister came here, and my son spend half a year teaching English in one of language schools.

I don't know any other country that would have such open, hospitable and generous people. Wherever I went, I was welcomed with warmth. Those country trips are the best things that ever happened to me. They opened my soul and made my heart experience love and gratitude - towards Belarus and Belarusians.